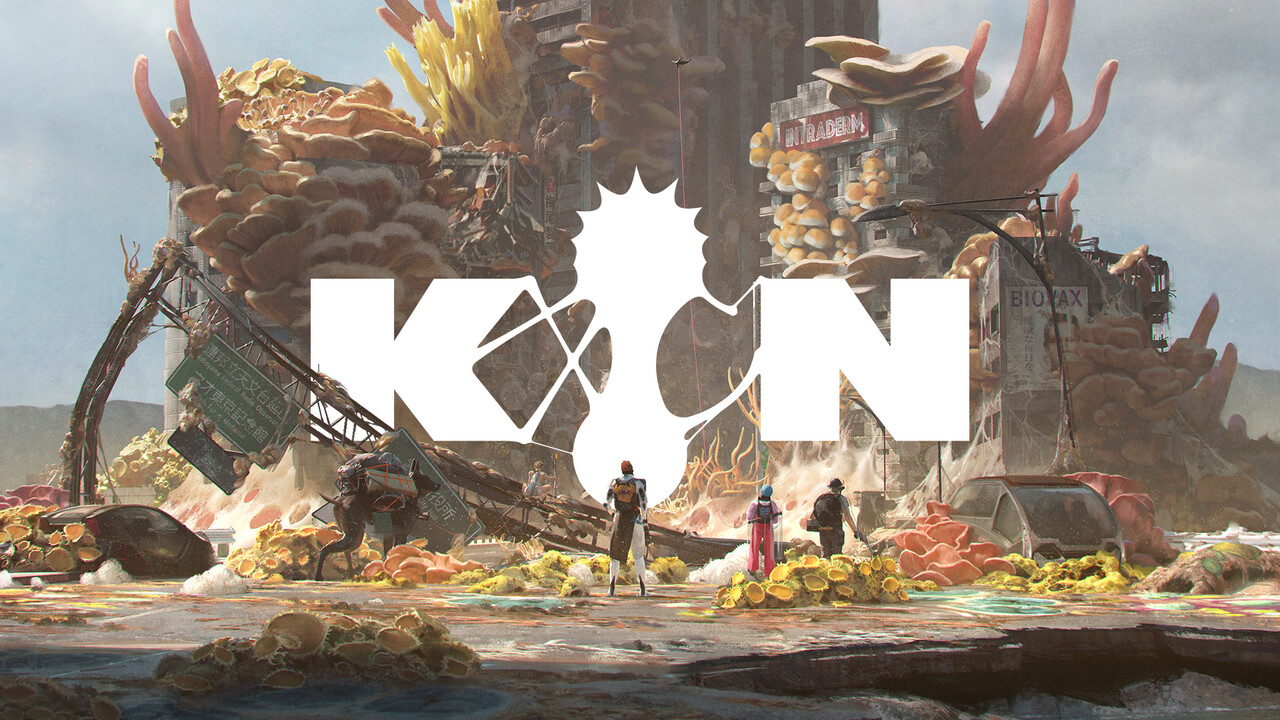 Hi! My name is Antoine, Creative Director at Junglecrow Studio. I’ve been working in the Japanese entertainment industry since 2014, where I’ve held a few caps over the years as project manager, art director, and designer. Projects allowed me to work with talented creators from the game, film, and publishing industries—in Japan and elsewhere, merging our skills to create compelling storytelling and visuals.

I have realized that we share a deep love for the stories and universes fueling our imagination and shaping how we see the world. For many, this common interest is what got us into this line of work in the first place. With the hope of one day creating our own stories, we put our dreams and skills at the service of the tales of others. This awareness led us to set up Junglecrow Studio in late 2018 with the following goal: create a framework allowing the realization of creator-driven collective projects.

Up until now, this endeavor has been made possible by the trust and support received from executives at Japanese art outsourcing studio Mugenup. We convinced them to allocate time and resources to our team of world builders, concept artists, and storytellers. It allowed us to work out the universes we want to build and the stories we want to share.

KIN is the first original universe born out of this experiment. We spent over 3,000 hours on world-building, storytelling, concept art, and illustrations in the past two-and-a-half years. Some translation and page layout work remain until we can finally deliver our biopunk narrative art book KIN – Mycocene to the public. But this release, we hope, will be made possible by the support and encouragement of people like you.

In the following weeks, we will share and comment on the work accomplished up to this point. From pre-production with world-building, story structure, character, environment, and prop design; to production with composition and painting. This article series will take you behind the scenes of KIN – Mycocene.

Before starting with the reasoning that led us to opt for a narrative art book as Junglecrow Studio’s first original universe, I would like to say “thank you.” Thank you to the team of Japanese and French creatives who took that initial leap into the unknown. And thank you to those who will choose to join us on this adventure from now on.

So what would you make if you had a group of like-minded creator friends, a small budget, and virtually no deadline?

At least since Homo sapiens started decorating caves some 45,000 years ago, stories and pictures have always intertwined into the very core of what makes us human. Leap forward several millennia, and our craving for imagery and the stories that go with it is as strong as ever. Movies, video games, comics, you name it. New technologies make the process of image-making and sharing stories accessible to virtually anybody with a computer, big or small, and an internet connection.

With this year’s NFT craze, we won’t teach you anything by saying that digital art—already ubiquitous with games and movies—has never been so popular. Setting aside speculation and energy consumption issues, that’s a delightful thing. Isn’t it satisfying to see how sci-fi-inspired artworks are featured in respectable publications such as Time Magazine? Like photography a century earlier, the digital tools developed since the 1980s finally start to be recognized for what they are: means of artistic expression.

So here we are with our pen tablets and computer screens. Ready to paint a new Sistine Chapel in a fraction of the time and with half the skills it took Michelangelo to finish it (or probably not). Yet today’s digital world has what some would consider a pretty severe flaw for artistic appreciation: it goes too fast.

Printed books, on the other hand, have been around for roughly 500 years. Albeit slower than the Internet, they have been fantastic devices spreading knowledge and stories, nurturing minds and imaginations, shaping the trajectory of nations even. Some of them, take the Lord of the Rings or Dune, for example, are the seeds of the fantasy and science-fiction aesthetics many of us enjoy in today’s digital artworks.

The Marvel Cinematic Universe is the perfect contemporary example of a (very) successful media franchise based on illustrated narrative works of fiction (Marvel comics) and fueled by scores of artworks mixing digital painting, photographs, and 3D. Fewer—yet maybe somewhat more personal creative works—based on narrative art books also appeared in the past 30 years.

Artist James Gurney was probably the first to prove that a narrative art book could make it to the New York Times Bestseller List with his Dinotopia series (1992 – ). Its fantastic illustrations enthralled me as a dinosaur fan growing up in the mid-90s. More recently, Simon Stålenhag’s Tales from the Loop series (2014 – ) took the genre into the digital era. Its tabletop role-playing game, television series, and soon-to-be feature film adaptations prove the potential of such creations to the rapidly evolving entertainment industry.

As cost-effective as creating comics can be (compare it to making a video game or a movie), publication schedules often push for fragmented storytelling and world-building. On the other hand, illustrated art books such as those mentioned above leave their authors with more time to flesh out their universes through denser narration and intricate images. It took two years for James Gurney to complete the first volume of his Dinotopia series. Not to mention the absence of previous installments, providing a blank slate ideal for those, like us, searching for maximized creative freedom.

To sum it up, this is what led us to opt for a narrative art book. We wanted to tell stories that matter to us set in a vast, original, and convincing universe using our trade of breathing life into ideas with words and images. Yet, our small budget didn’t allow for a game, let alone a movie. Without the pressure of a deadline, it seemed the best way for us to take the time to develop a complex enough universe and push the team’s digital art skills into new areas. And deliver the result in a distraction-free, long-lasting format to readers.

What we needed then was an idea to start from and begin building our universe.

From Cyberpunk to Biopunk

You probably guessed already. We are all (un-originally) big fans of fantasy and science fiction here at Junglecrow Studio. These are, after all, the perfect playgrounds to unleash the full potential of digital concept art and illustration. Cyberpunk is one of them. Bred on Bladerunner, Akira, and Ghost in The Shell, we’ve dreamed of futures with flying cars, super-bikes, and cyberbrains while waiting for the next movie or game to be released.

The Japan of the 1980s, with its world-conquering industrial conglomerates and technological innovations, is still a significant influence for anyone involved in the creation of cyberpunk stories and imagery. As a team with our primary base in Tokyo, this would make sense to go for the subgenre for our first project.

We live in a world of all-pervasive algorithms developed by tech companies wealthier and more influential than many countries. Animal populations are down nearly 70% since 1970 (1), while scientists earnestly ponder ways of de-extinguishing mammoths (2). Without mentioning Katsuhiro Otomo’s prediction of the 2020 Tokyo Olympics, don’t you feel like the kind of fiction that entertained us as children is disturbingly close to the reality of 2021? And what if the very same stories we enjoyed played their part in shaping our lives today? If we live in the imagination of the 1980s, then I think it might be worth giving a thought or two into the kind of future in which we actually would like to live.

Verhoeven’s RoboCop and Mamoru Oshii’s Motoko Kusanagi are two of the cyborg characters that led me to spent time in my twenties exploring the ideas of transhumanism. Super-longevity, super-intelligence, super-wellbeing, the notions of an enhanced future for humanity are fascinating and raise mind-boggling ethical questions. Then I discovered Nick Bostrom’s Existential Risk (3) concept and read Michael J. Sandel’s The Case Against Perfection (4).

They explain that our accelerating mastery of technology presents us with both unprecedented opportunities and risks. Bostrom puts the accent on “threats that could cause our extinction or destroy the potential of Earth-originating intelligent life.” On the other hand, Sandel analyses “the prospect of enhancing our performance, designing our children, and perfecting our nature.” To him, what arose from the genetic revolution is, in reality, “the ultimate expression of our resolve to see ourselves astride the world, the masters of our nature.”

It thus seemed hard to keep on digging into the human society-centered tropes of cyberpunk. We needed another paradigm that would embrace the totality of Earth’s living things: biopunk. We, fortunately, have precursors like Paul Di Filippo and his Ribofunk Manifesto, Paolo Bacigalupi’s The Windup Girl, and Margaret Atwood’s Maddaddam trilogy. French author Alain Damasio also advocates shifting our imagination’s templates from the computer to the living cell. We at Junglecrow Studio think our world needs more biopunk stories. We need biopunk stories in words, and images too. We need imaginary worlds with enough room for people to roam and expand their visions of a future for the only living planet we know in the universe.

We humbly hope one of them will be KIN – Mycocene.